The Marine Air-Ground Task Force (MAGTF) demonstration is certainly one of the best parts of the Miramar Air Show, and this year was no exception. On Friday it was laid out a little differently from last year, and I didn't get very many shots. On Saturday I came back with only a long lens, and they had moved some of the elements around a bit - I was able to get some close up shots of the Marines assaulting the airfield that I could not get on Friday.

The demonstration starts out with an F/A-18 making a high-speed pass over the field in a reconnaissance flight. This is followed by helicopter insertion of ground forces, then the infantry and armored support units converge. All the while there is air cover provided by F/A-18 Hornets, AV-8B Harriers, AH-1Z Super Cobras and more. MV-22A Ospreys bring in equipment, and all are refueled in the air by KC-130J Super Hercules aerial tankers.

The F/A-18 was moving pretty fast on its reconnaissance run. You can see the water vapor condensing on the tops of the wings. 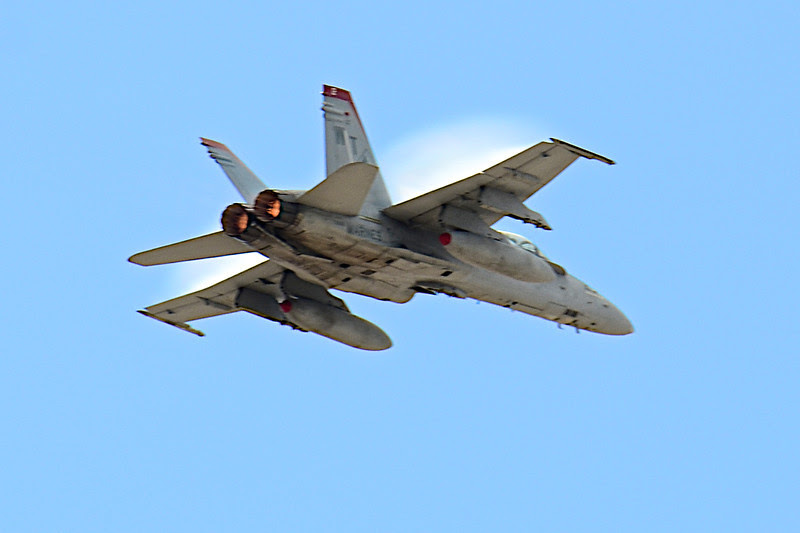 A pair of UH-1Y Hueys dropped in to let off some ground forces.

An MV-22A Osprey comes in for a landing. 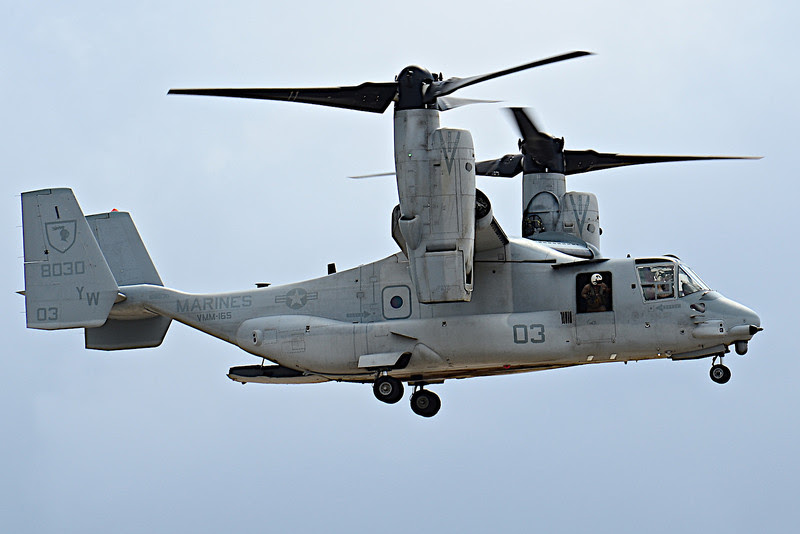 A CH-53E Super Stallion brings in a vehicle. 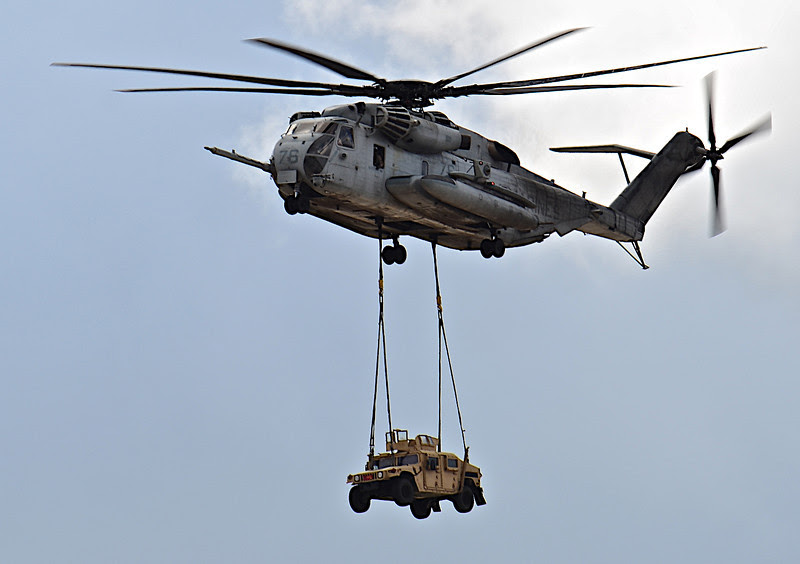 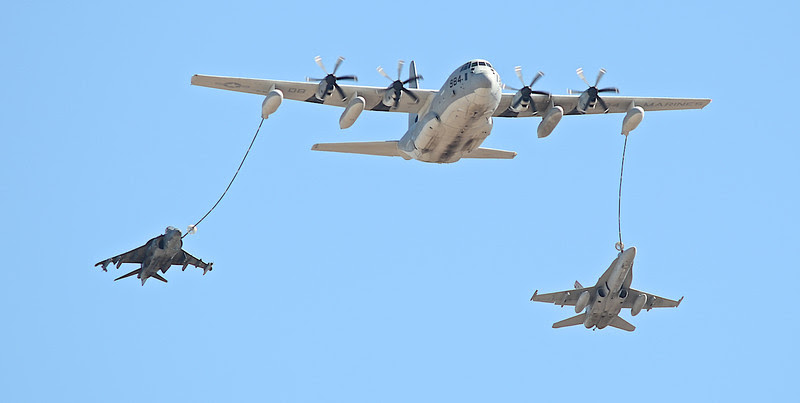 At one point the Harrier came swooping in and dropped napalm on the "enemy".  Apparently they were right behind the Blue Angels, which just happened to be parked out on the runway in advance of their flight later in the day. Very convenient from a photographer's point of view. 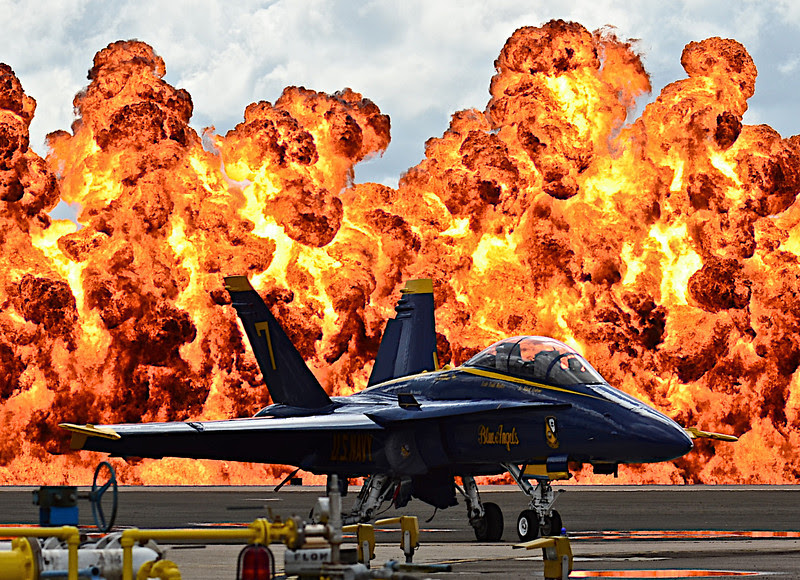 The ground forces move in to secure the air field. 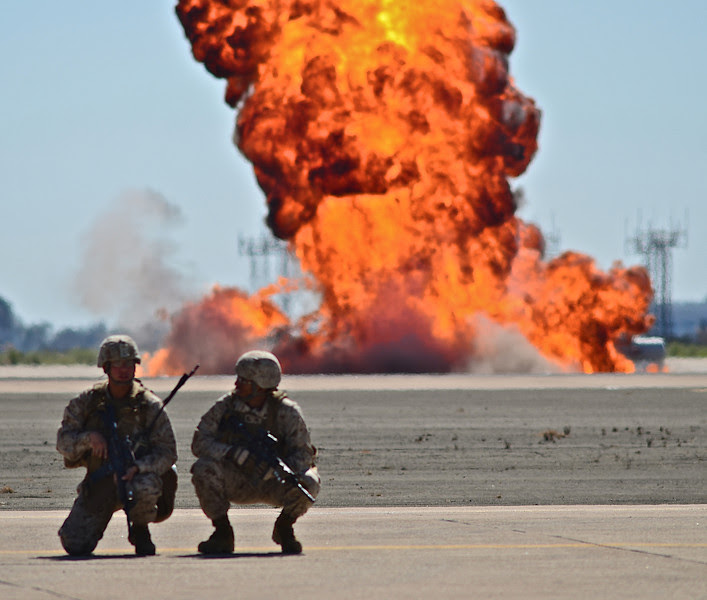 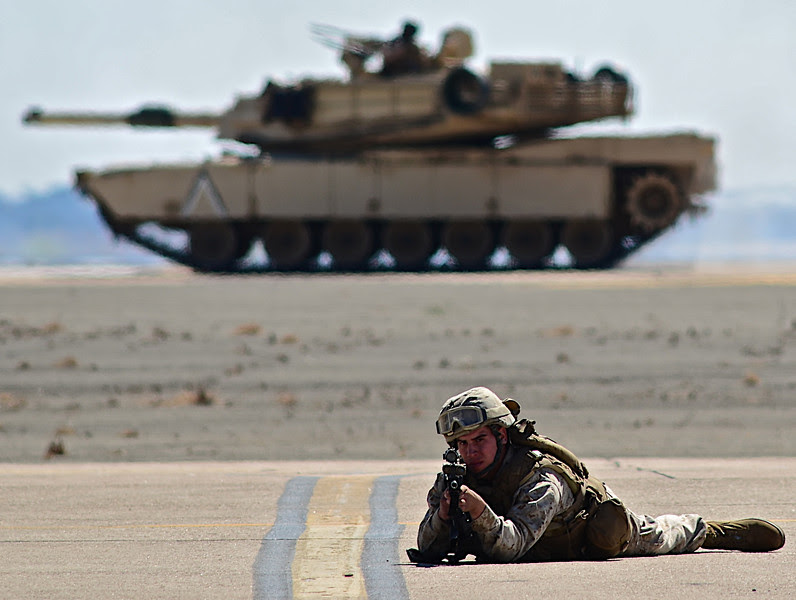 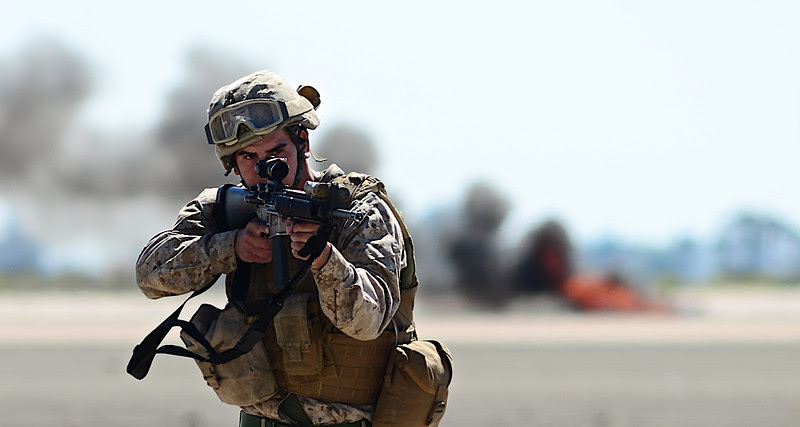 Before it was all over they had to drop a little more napalm. 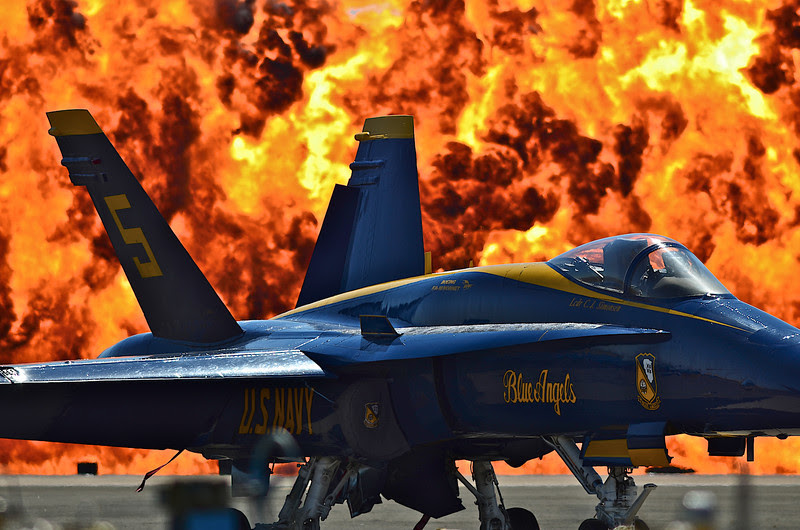 After the demonstration the Marines pass in review in front of the spectators. 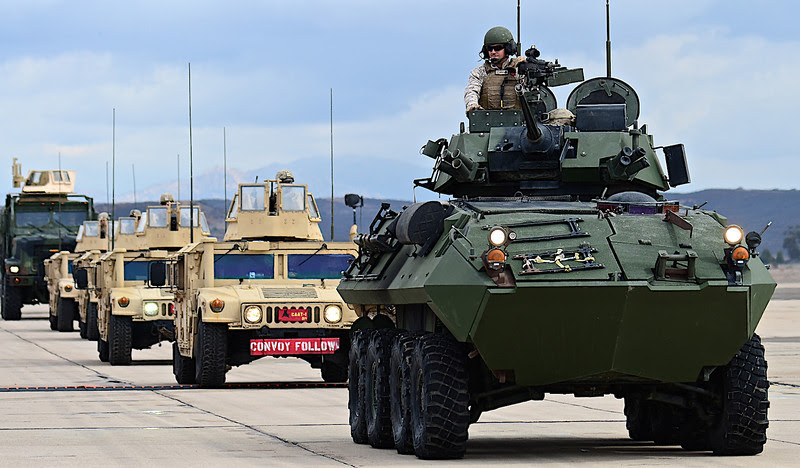 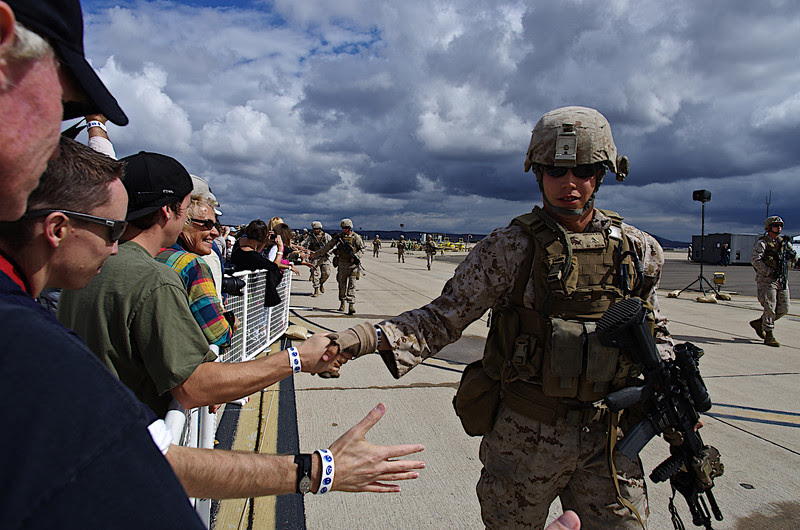 If you happen to notice that the sky looks different in some of these pictures it's because some were taken on Friday and some on Saturday. And, in case anyone is wondering, those "napalm" shots are not photoshopped (none of my images are) - it wasn't really dropped from the air, but it was set off directly behind the Blue Angels, and close enough that we could feel the heat.